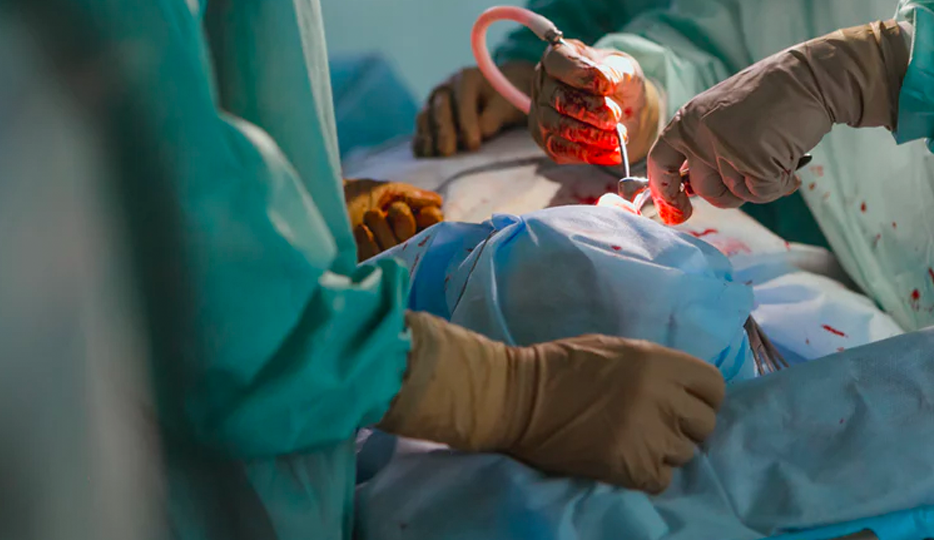 Often, surgery is seen as a quick-fix to aesthetic problems we see in ourselves.

Some people opt for botox to get rid of wrinkles, other people want their nose to be straighter, and of course, many want a bigger penis.

Since you’re reading this post, then chances are you fall into the latter category.

Before you decide to call up your local surgeon and go under the knife, it might be worthwhile doing some research on the subject first.

To save you hours of digging around the internet for answers, I’ve put together a summary of the different types of penis enlargement surgery available as well as the potential risks involved.

As the name suggests, the goal of girth enlargement surgery is to increase the girth (width) of your penis.

This is achieved by inserting either fatty tissue, a fat graft or a silicone sleeve into your penis to ‘pad it out’.

Each of these insertion techniques has its own merits and drawbacks. And knowing them could influence your decision on which type of surgery you want (or even if you want the surgery at all).

This type of surgery involves the removal of fatty tissue from parts of your body such as the thighs, buttocks or abdominals and injecting that same tissue back into your penis.

Since these injected cells are no foreign bodies, they should be more likely to be accepted and remain there.

While the fat removal process is relatively non-invasive, it can still leave scarring around the areas where it has been removed.

Once the fat has been obtained, the surgeons then strain and purify it to get rid of any non-fat tissue, which could reduce the effectiveness of the procedure.

The surgeon then injects the fat into your flaccid penis to try and improve its aesthetic.

Afterwards, they’ll create an artificial erection which helps them to make sure that the fat is evenly proportioned.

Typically, this procedure will result in a 25% increase in girth.

However, most people who get the surgery notice a reduction in gains over time as their body slowly absorbs the fat into the body.

Surgical Placement Of A Fat Graft

This method is an evolution of the autologous fat injection. Instead of directly adding fat into your penis, a combination of both skin and fat is removed from a donor site of your body.

This fat graft then carefully placed around your penis to increase the girth.

The main benefit of this technique is that the fat is much more evenly distributed around your penis, resulting in a more realistic, less lumpy penis.

These benefits come at a cost; however, as the procedure is more painful and takes longer, increasing the risk of surgical errors.

Additionally, you’ll have significant scarring in the area where the fat graft was cut so you’ll need to cover that up.

Lastly, once the fat graft has been set, it is challenging to remove as you’ll need to go through the whole procedure again.

As with the fat injection procedure, some of the fat graft will be absorbed, reducing the effect over time.

This procedure is almost identical to the fat graft. However, it is a silicone sleeve that is added, bringing a unique set of benefits and drawbacks.

The advantage of using a silicone sleeve is that no fat can be reabsorbed, making it a more permanent solution.

On the flip side, however, there are significant disadvantages. Namely that the silicon sleeve is usually more expensive, more likely to give you an infection and feels uncomfortable and unnatural when you are flaccid.

In addition to these pretty nasty effects, you can end up losing erection length as the silicon can cause penile retraction and curvature.

The last and most worrying side effect is that the silicon could pierce your skin while having sex, which would be painful and embarrassing!

Typically, you would notice an increase in penis width by 1.4cm to 3.5cm.

While that sounds attractive, these surgeries have poor results with many complications and painful side effects. Penile disfigurement, scarring, lumpiness and infection are all very common and incredibly unpleasant.

If your surgeon is inexperienced, you are more likely to have complications which could result in unsightly and painful lumps in your penis.

The name for this type of procedure is actually quite misleading.

The truth is, your penis does not actually get longer, it just sits at a different angle, makes it appear more prominent.

While the majority of your penis is external to your body, part of it is hidden inside.

This hidden part of your penis is held in place by a connective tissue called the suspensory ligament that joins to your pubic bone.

Surgeons realised that by severing some of these ligaments, they were able to allow the penis to drop by up to 2cm in length resulting in a longer looking penis.

While this procedure sounds theoretically simple, it is in-fact highly risky surgery.

If too many of these ligaments are severed, your penis won’t be able to stand up when erect.

Likewise, if the ligaments are cut more on one side than another, it will cause your penis to angle sideways.

The length gain from this procedure is mostly in the flaccid state, which means you won’t notice much of a difference when you are having sex.

The main reason most men will opt for this surgery is personal confidence and aesthetics.

How Much Does Penile Surgery Cost?

Depending on where in the world you get your surgery – with all the caveats of having an experienced surgeon take care of the operation, you’d be looking at a minimum of $10,000.

Are The Results Permanent?

For length enhancement, keeping up with the post-operative exercises will help you retain most of the benefits.

The same can’t be said for girth enhancement as you will lose a large portion of girth after recovery from the surgery through fat re-absorption.

If I Lose Weight, Will The Injected Fat Go Away?

No – the body loses weight from other areas before the penis area.

All surgery can be painful and operation on a delicate part of your body all the more so. You’ll also feel pain during erections for a few weeks after the surgery.

How Long Does It Take To Recover?

After an operation, you’ll need to sacrifice the rest of the day to recover, two or three days to make sure there are no lingering anaesthetics.

You may also be in pain for around a week which may make work difficult.

How Long Do I Need To Avoid Sex After Surgery?

With regards to sex, it seems best to leave at least 4 weeks until you try to have sex, 6 to be safe.

What Are The Risks Of Penis Enlargement Surgery?

Yes – complications from anaesthesia, pain in the groin, swelling, infections, disfiguration and lumpiness.

You’ll often be sedated for this procedure and any operation, which brings risks in addition to the surgery.

Do I Need General Anaesthesia?

Yes – all of these surgeries need anaesthesia and because of this carry additional risk. Around 1 in 100,000 people have complications.

Has Anyone Died During Penis Surgery?

Yes – in 2017, a Swedish man died during penis enlargement surgery. In 2019, a billionaire diamond trader died from a heart attack while undergoing the same procedure.

On top of this, many more people have had surgical complications that seriously affected their ability to use their penis.

While penis enlargement surgery can increase the look and girth of your penis, the risks involved suggest it should be avoided.

Click here to read my complete guide to penis enlargement where you can learn about which methods work and which ones to avoid.