Why You Need Safe Words For Kinky Sex 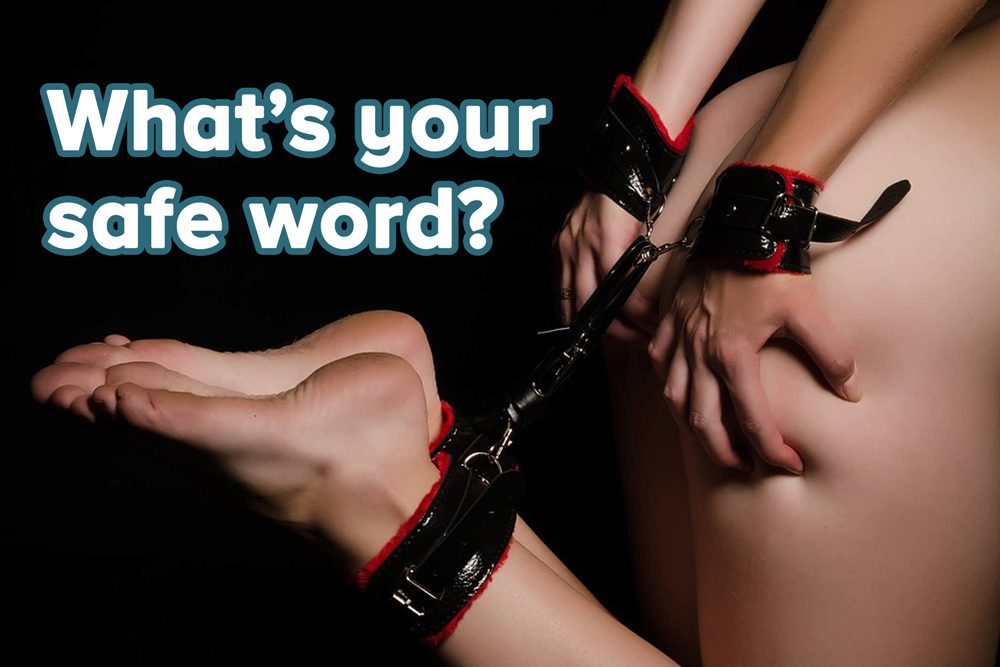 Through the recent popularisation of erotica on television, films and novels, we’ve become much more acclimatised to kinky sex. While many people would scoff at the proliferation of sexual content, personally, I believe that it opens up a better dialogue with people who are interested in the topic.

People have always been interested in pushing their sexual boundaries beyond the norm. It’s natural to want something more, particularly for couples who may have become de-sensitised to the standard ‘vanilla’ performance every other week. They want something thrilling to excite them; something memorable; something saucy! Thankfully, through these mediums have opened more conversations about these topics, allowing couples to explore their sexuality to a much deeper level.

That is the lack of acceptance of the need to create and use safe words when getting it on.

Whilst kinky sex is all about experimentation, pushing your boundaries and above all, getting weird, many people forget that while in the domineering role, their partner is entirely in their hands. Yes, embracing a slight discomfort and helplessness is part of the process, but when it becomes too much, then it can only lead to a negative experience.

That negativity is bad for all parties involved, reducing the desire to participate in such adventures again.

The solution, of course, is a safe words.

“What are safe words” I hear you ask?

Whilst roleplaying, you are taking on a character. The words you say aren’t coming from your ‘normal everyday self’. They’re embracing the darker side of you. The one that’s caged inside of you, rarely allowed to let itself out. All of the dirty talk that you dream up throughout the day gets its chance to unleash itself upon your partner.

It sounds counter-intuitive but some people enjoy have sex while telling their partner not to. It’s actually more common than you might think.

So, it’s not always as easy as just saying “stop”.

Over the years, people have been coming up with a variety of quirky ways that will catch their partner’s attention.

Interestingly, the most common words are entirely non-sexual and seemingly, quite random.

Here are the 10 most popular safe words used today:

What is really striking about these words is that they are all very placid in nature, are easily identifiable and don’t necessarily indicate that anything is wrong with the sex itself, just that they would rather less of what’s going on right now.

Let’s break down each of these now so that you can come up with your own safe words for sex:

You want to choose a word that is highly unlikely to come up in a fantasy that you are realising. That way, if it comes up, it will be so odd that if it’s uttered out loud then the domineer can question why it has been said and break out of the narrative going on.

Choosing a word that is difficult to pronounce will only cause confusion. You want something that you can easily utter out loud when uncomfortable so that your partner can pick up on it.

C) No Implication Of Negativity

Lastly, none of the words above in the list indicate that there is anything wrong with what’s going on. This suggests that although the person using the save word may not be into it, it’s not going to denounce their partner’s sexual preferences in any way either.

Alright guys, I hope that you’ve found this article useful.

Got a particularly interesting safe word that you and your partner use? Please share it in the comments below…